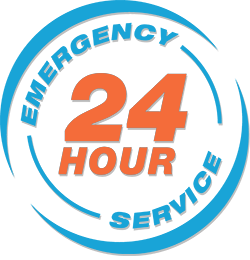 Fire Damage Restoration – In Case Of A Kitchen Fire… 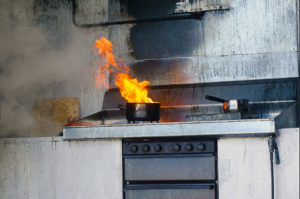 Studies show the average person only spends about 30 minutes in the kitchen a day.  To many Georgians, that is simply not enough time.  As Georgia is known for its refreshing tea, delicious comfort food, and welcoming service, 30 minutes just can’t give you the full southern cooking experience.  One downside to dedicating lots of time to making a meal is the increased potential of a kitchen fire.  A kitchen fire, if not mitigated as soon as possible, can lead to a lot of damage requiring intensive restoration.  In the heat of the moment (pun intended), you may not be able to get to your home fire extinguisher fast enough, even though it should technically be easily accessible.  However, even without reaching for the protective device, there are a few things you can still utilize in the kitchen to protect yourself and your home from the angry flames. The following are three items you can use to put out a fire if a fire extinguisher is not immediately handy, in case of a kitchen fire emergency.

In order for a fire to continue to burn, it needs oxygen, fuel, and heat.  By removing one of these key factors, you can extinguish a fire.  Table salt is able to remove the oxygen.  Table salt is sodium chloride, single atoms of the two elements sodium (Na) and chloride (Cl).  When heated at high heat, the sodium chloride conglomerates, and cakes together, forming a crust over the flame.  This is due to the fact that sodium chloride is a fairly good heat absorber compared to its volume.  The crust doesn’t allow enough oxygen to reach the firebase source, and the flame is smothered.  However, very large quantities of salt would be required to put out the flame.

As the name suggests, baking soda is used in many baking dishes, as it acts as a leavening agent and provides a wonderful rise in baked goods.  Because it is such a staple in the kitchen for those who often use the oven, baking soda is another easily accessible fire extinguisher when you’re in a pinch.  Baking soda is actually the colloquial term for the compound sodium bicarbonate, a chemical base.  When sodium bicarbonate is heated to high heat, it becomes sodium carbonate, as it releases carbon dioxide.  The carbon dioxide starves the fire of oxygen, effectively putting the fire out.  Just as with salt, lots of baking soda is required to successfully extinguish the fire.

This option should only ever be used if the fire is very small, very manageable, and you will not be injured by attempting to put a lid over the top of the flames.  The pot or pan lid should also be larger than the flame itself.  If you try to put a lid over a flame with a circumference larger than the lid, the flame may diminish temporarily, but unless you are able to extinguish the entire firebase, it will be able to continue to spread and damage a larger area.  If done properly, placing a lid on top of a fire source will essentially “stamp out” the flames, forcing it into a tiny, enclosed area and removing its oxygen source.

If a kitchen fire does happen to get out of hand and become too large to handle, call the fire department immediately.  When the fire itself has been extinguished, be sure to call your local fire damage restoration company for advice and customer care.

Restoration 1 of McDonough, Georgia is a locally owned fire and smoke damage restoration company.  The fully licensed and insured company trains each of their restoration specialists, and each specialist uses only industry-rated technology and equipment.  With each technician certified and licensed by the IICRC and IAQA, Restoration 1 ensures the use of the most current code standards, and a 100% satisfaction guarantee.  Their thorough yet efficient fire damage restoration process includes the following:

To Georgians, the kitchen is one of the most important rooms of the house.  So, when fire and smoke threaten the integrity of your kitchen, be sure to contact Restoration 1 of McDonough, who will make sure you can be back to cooking as soon as possible.

Our promise is that we will use the best materials and above code quality craftsmanship to restore your damaged property.

What People Say About Us

As a first time homeowner, my home suffered water damage from a water heater leak. So glad I called this company. Peace of mind and trust worthy! From the kindness and professionalism of Mrs. Nicole to Mr. Rick professionalism and knowledge. Mr. Drake has been awesome as well!! He is knowledgeable, professional, and pays very close attention to every detail and continues to stop by daily to make sure everything is drying well! Soooo thankful! Highly recommend this company if your home suffers from water damage.

Absolutely outstanding experience with this company. The work is 100% excellent. The owner and employees were professional, courteous, helped with reassurance that our house could be restored. I would recommend this company to anyone requiring such services.

Leave Us a Review

Five Signs You Might Have A Leaky Or Burst Pipe

Burst pipes are one of the most devastating sources of potential water damage in your home. Even a small crack in a pipe can cause thousands of gallons of water to flood into your home in a matter of hours. To prevent such a disaster, it’s important that you remain on the lookout for indications […]

After experiencing a fire, one of the first things that are likely on your mind is how to bring your home back to normal as soon as possible. It’s devastating seeing a home that has been inflicted by fire damage. It may be tempting to start the cleaning process on your own immediately, but there […]

Your Restoration Experts in Central Georgia